One SOH Opinion: Should the team with the injury have influence on how it's served?

One SOH (State of Hockey) opinion posts are to emphasize OPINIONS of the author.  Even if the post speculates on the opinions of other State of Hockey fans, such statements should be understood as speculation.   All readers are welcome to submit posts or ideas for "One SOH Opinion."  Tweet me @SOTSOHockey if interested.

I understand that what I'm about to propose is probably impractical, but hey, if you can't post impractical things once in a while, what's the point in having a blog?

I was listening to Thursday's Marek vs Wyshynski podcast, and Jeff Marek made a suggestion that Corey Perry's suspension for hitting Jason Zucker on Tuesday actually hurts the Minnesota Wild in the sense that Anaheim is about to play several teams that Minnesota would like to see lose.  (The part of the show I am referencing is from about 39:10 to 40:20)

In this particular season it appears that Chicago and Anaheim are pretty much destined to go #1 and #2 in the West. (Sportsclubstats.com currently has Anaheim at a combined 98% to finish 2nd or better in the West. Chicago's percentage is even higher.)  So Anaheim continuing to win doesn't really harm Minnesota in terms of playoff chances, as the Wild will at best finish 3rd in the West if they can find a way to finish ahead of Vancouver.

Back to Perry, he received a four game suspension.  In the instance of a suspension, what if Minnesota (as the team with the player injured), had an option to make the one of the four games of the suspension the next meeting with the Wild?

Yet a part of me likes the idea that the team that suffered the injury gets some say in it.  On the other hand if such an option existed as a result of the Taylor Hall incident on Cal Clutterbuck I wonder if the Wild would take it, or if they would prefer to make Hall play in their next meeting.  Many Wild fans was disappointed when Taylor Hall found a hamstring injury the day before the March 4th rematch following the Clutterbuck incident.  This put off any on-ice retribution until late April, and at the rate the Oilers are going, they will be well out of the playoff race.

So what say you? Should the team with the injury have some say in when a suspension is served?  If so, how you would address some of the issues this would introduce?

Wild thing of the month, February 2013


(Editor's note: The Wild Thing of the Month features the one story, performance, or event that, in the opinion of this blogger, made Wild fans the happiest.  Feedback always welcome.)

Better late than never, but the Wild thing of the month has to go to Jason Zucker for an amazing first NHL goal in what was a very important victory against Detroit.

Congratulations Jason Zucker, Wild thing of the Month for February. 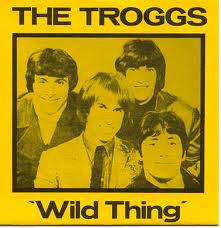 Zone starts, as in time zone starts under the new NHL schedule formula.

Yesterday white smoke emerged from the conclave that is the NHL Players' Association, signaling that pending the expected approval of the Board of Governors, the new NHL alignment plan and schedule formula appears to be a go.  The Minnesota Wild’s schedule will change dramatically.

The new formula calls for...

21 against the new Pacific division
*3 games against each of ANA, CGY, EDM, LA, PHX, SJ, VAN

(NOTE: There is a quirk due to the odd number of teams in the division playing an odd number of division games that means once every 7 years the Wild will lose one Midwest division game in favor of one extra Pacific division game.  For the sake of simplicity, I am ignoring this quirk in this post as six out of every seven Wild seasons would look like this on average.)

(more below the jump)

State of the State of Hockey Podcast

State of the State of Hockey

Recommended NHL reading from outside the SOH.